In 2011, on vacation from my job as an attorney at Children’s Rights, an advocacy group for children in foster care, I spent several weeks volunteering as an English teacher at Quang Nam University in Tam Ky, Vietnam. Tam Ky is a small city in one of Vietnam’s poorest provinces, where cows graze on the streets’ grassy medians and rice fields penetrate into the city limits. The director of the program asked me to visit the Social Support Center in nearby Danang, an hour away by car. 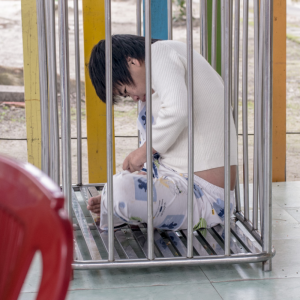 children, most of them with severe physical or mental disabilities. In a dark corner, 15-year-old Chit was sitting cross-legged in a small steel crib—a cage barely large enough to hold her. I was told she was emotionally disturbed. Lacking wheelchairs and other equipment, young children with cerebral palsy and other severe disabilities lay most of the time in metal cribs. They received therapy off and on, and then principally from foreign volunteers, many of whom had no training. None of the children received schooling.

I was deeply troubled by what I had seen. I began to go back to Tam Ky twice a year to visit other facilities and learn more and see how I could help. I met Truc, a boy with developmental delays who, if you listened carefully to his slurred speech, had managed without any schooling to learn a fair amount of English from visiting volunteers. And there was Duyen, a four-year-old girl who beamed with joy when held or talked to, but who spent most of her time staring at the ceiling in her crib, her legs twisted uncomfortably due to cerebral palsy. I saw perfectly healthy infants languishing in cribs all day without a caress or loving word, unattended while fed with a propped bottle, and without a toy to play with. 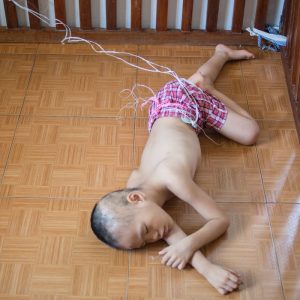 I knew that, for the rest of their lives, their ability to learn and bond with others would be impaired by neglect at this most crucial period of their development. Whenever I returned to my work in the U.S., I was haunted by these images. The more I learned about the problem, the more I wanted to do something about it. I found many leaders at these shelters were caring; they simply lacked the training and staff needed to take better care of the children. And knowing that a dollar goes five to ten times further in Vietnam than in the U.S., I felt making a difference might not be an impossible goal. Out of these brief but searing experiences, and together with generous donations from family and friends, ChildCare Vietnam was born. Thanks to our pilot project at Peace Village in Quang Nam province, the three newest residents, born in 2017 and late 2016, have a dedicated house mother who will give them the loving attention they need. Our teachers, teaching assistants and therapist work daily with the 26 special-needs children living there. Duyen is getting the physical therapy she needs, and she and Truc will receive an appropriate education. We will need much more backing to expand our efforts – but it’s a start! 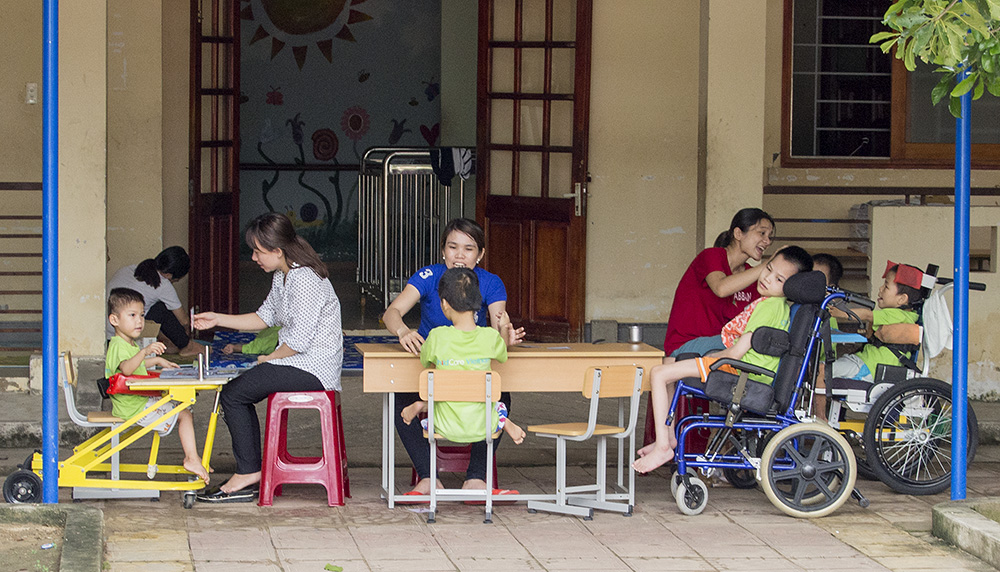 GIVE OUR CHILDREN OPPORTUNITY

Every dollar helps us improve the lives of the children we serve!

DONATE TO CHANGE A LIFE